Beam SDK works by establishing a connection between the Beam eye tracking application by Eyeware, and your own code which uses the API described in these pages. This is a server-client model. Beam acts as the server, and you write the client which consumes the tracking data published by the server, allowing you to build your own eye tracking-enabled application. There can be multiple clients connected to the same Beam server at one time.

The access to the tracking data is provided by the TrackerClient class. This is the main entry point of the API, available in all supported languages. For language-specific information about TrackerClient, check out the API reference.

In general, a TrackerClient object creates a connection between the Beam application and your code. In the current version of Beam SDK, this connection is made via a TCP port over a network. Constructing a TrackerClient object without arguments sets a default hostname and port which work fine in many configurations. However, it is possible to set a specific hostname and port, depending on your setup and network.

The Beam application and your client program communicate data over TCP sockets. Most commonly, they are designed to be running on the same PC. In scenarios in which they are running on different PCs, they need to be on the same network (e.g., share wifi), and the IP of the PC running Beam needs to be specified in the client program (hostname argument).

Screen gaze coordinates are expressed in pixels (integer units) with respect to the top-left corner of the screen, which has coordinates <0, 0>.

The screen that is considered for screen gaze tracking is the display in which the Beam application is capable of showing the gaze bubble. That is, the main display in the operating system.

The head tracking information exposed by Beam SDK includes a rigid transform (rotation R and translation t) from the World Coordinate System frame to the head frame, positioned on the person’s nose tip.

Here is a lateral view that shows the R,t transform, as well as the xyz axes of the WCS and of the head frame: 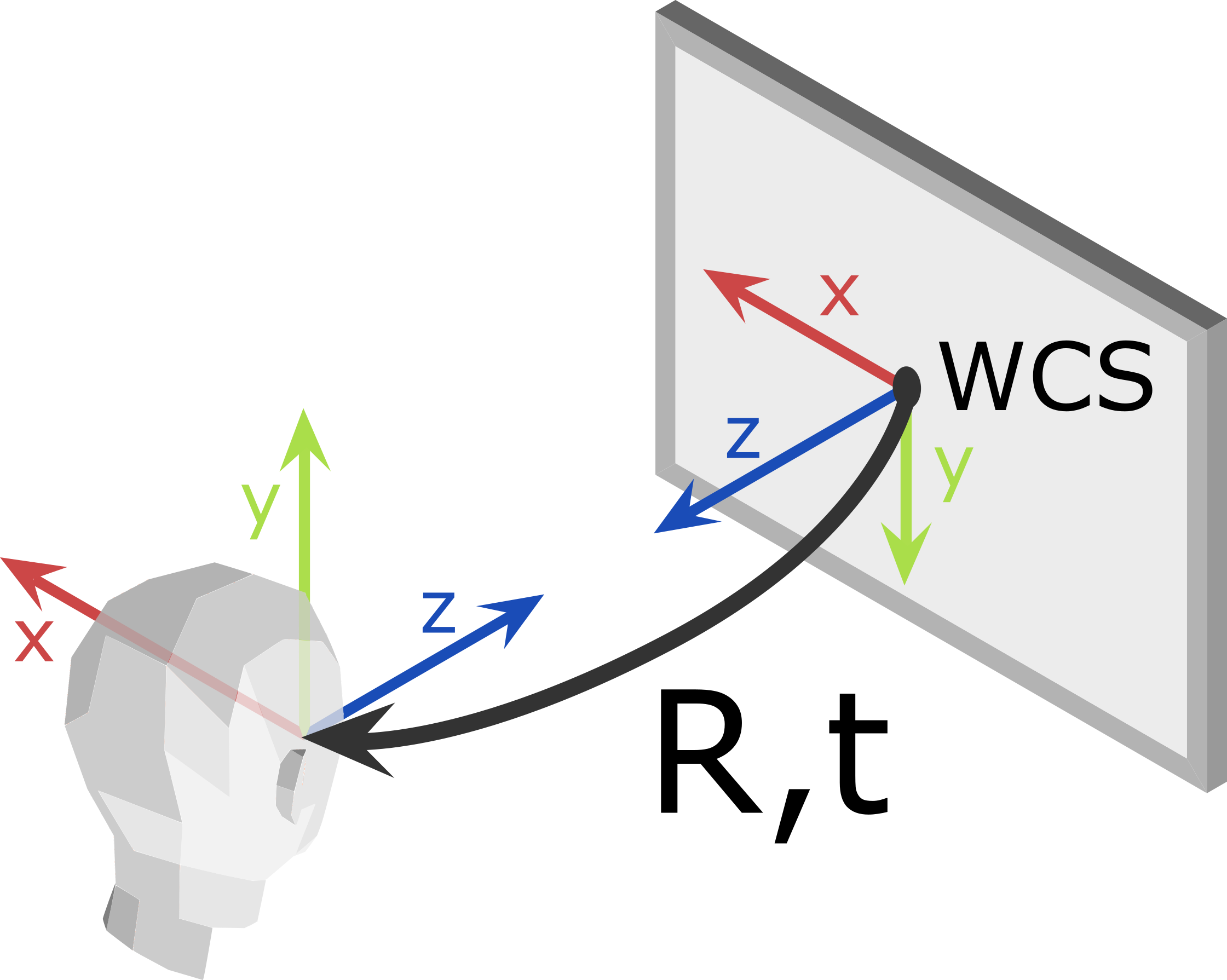 Frontal view showing the head axes from the point of view of the person: 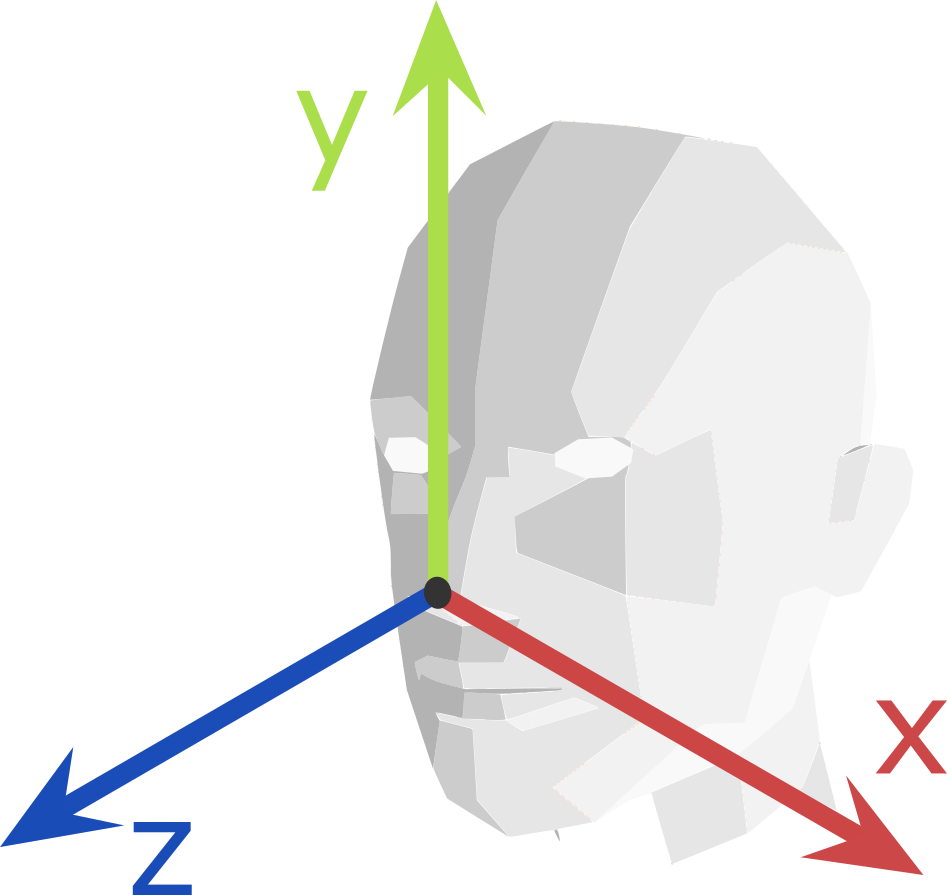 Top view showing the transform, the WCS frame at the screen center and the head frame on the nose tip: 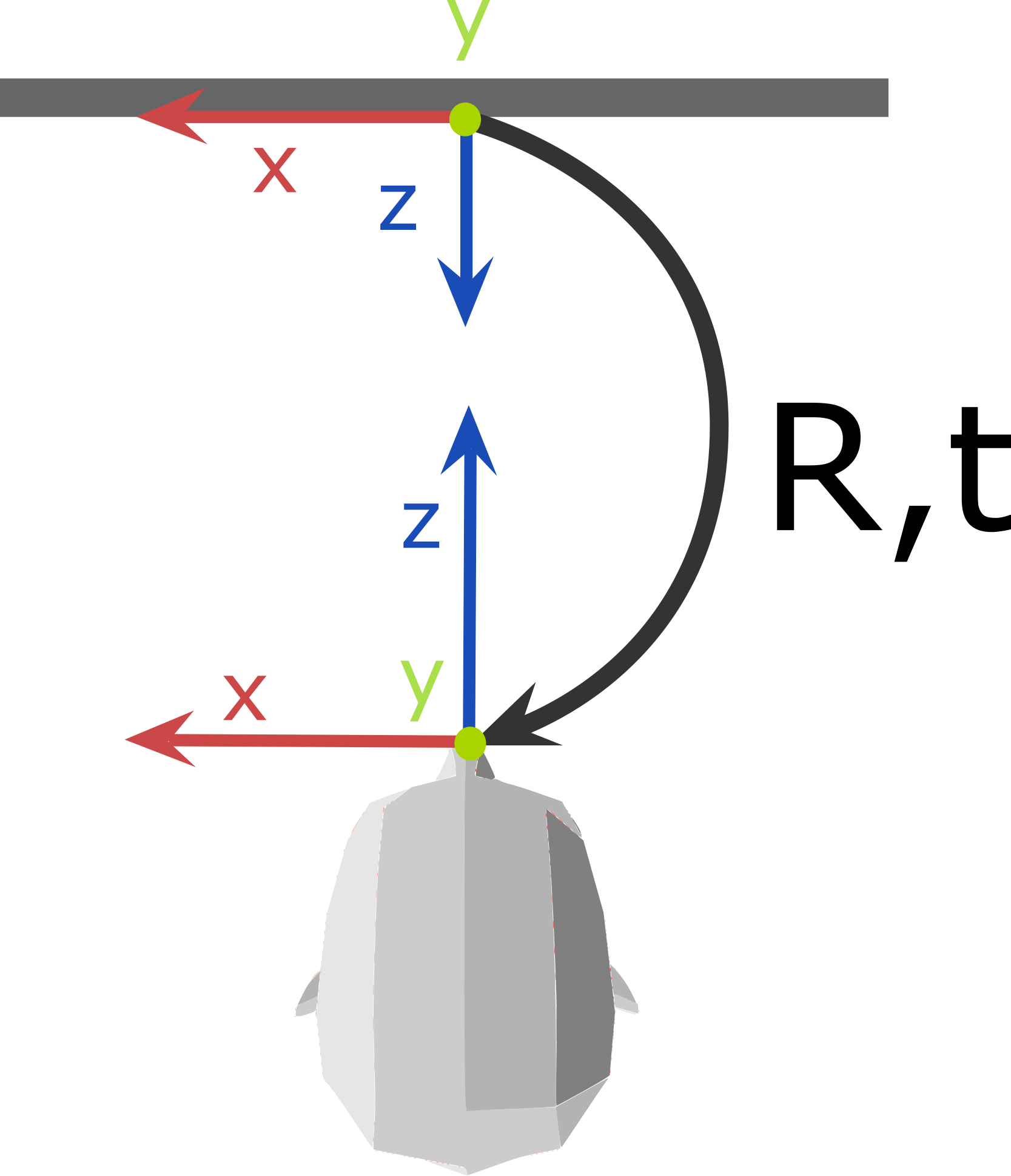 Here is the meaning of the head and eye tracking fields exposed by Beam SDK, in all supported languages:

If a person is lost or not tracked for at least three seconds, the Session ID will change. When a person starts being tracked again, he or she will automatically be assigned a new Session ID number.

Rotation matrices are computed by Beam SDK from a triplet of rotation angles in radians along the zxy axes of the World Coordinate System, respectively. For further information, look up Euler angles and Rotation matrix.